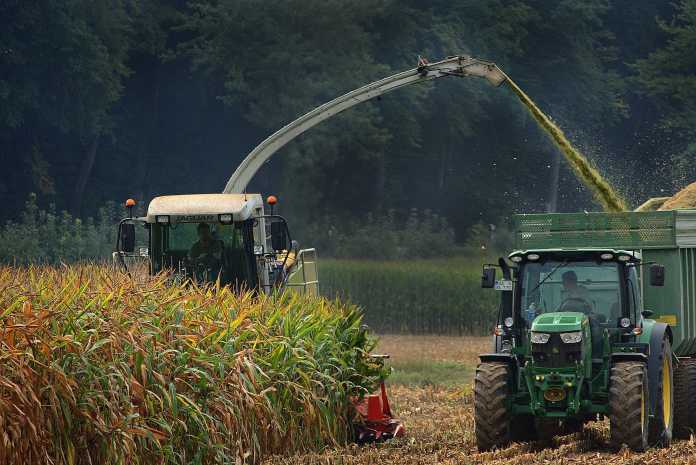 The EHN article, titled “Climate change will continue to widen gaps in food security, new study finds.” reports on a recent study in which researchers claim crop yields are declining. The study also claims “food insecurity” — hunger and malnutrition among the poorest peoples around the world — is getting worse. Using computer model projections of future temperatures, the researchers say farmers will find it difficult to maintain current yields of the “18 of the most farmed crops … that, all together, represent 70 percent of global crop area and around 65 percent of global caloric intake.”

Regardless of what the EHN-referenced study says, real-world data show crop yields are rising, not declining. Climate at a Glance: Crop Production documents that global crop production for the three most important cereal crops – corn, wheat, and rice – set records in 2019. This builds on previous records set nearly every year during the preceding decade.

Almost every important U.S. crop has set record yields per acre during the past three years, as well, with most of the top 10 years in yields-per-acre occurring during the past decade.

And contrary to the claim made by the researchers cited in the EHN story that food insecurity is getting worse, the FAO reports food utilization and food stocks continue to grow as well (see the figure below). The FAO’s data mean even as more people are eating better as crop yields continue to surpass prior production. 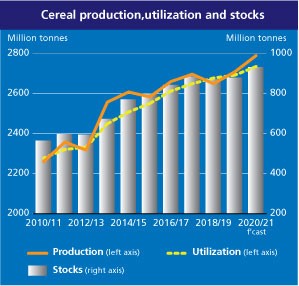 Although 700 million people worldwide still suffer from persistent hunger, the United Nations reports the number of hungry people has declined by two billion since 1990.

Climate models may be programmed to predict doom and gloom, but no amount of climate models can hide the fact that global crop yields set new records virtually every year in response to beneficial ongoing warming.