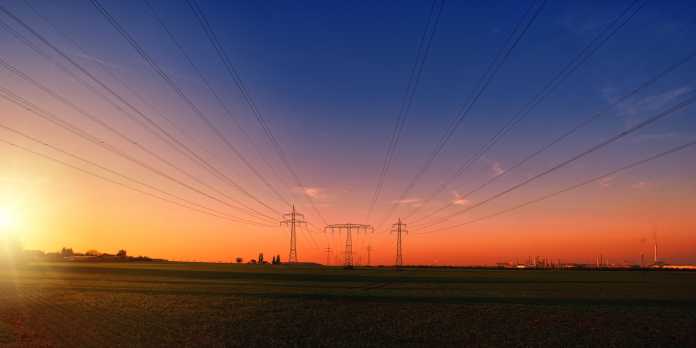 The Columbian ran an article claiming extreme weather, exacerbated by climate change, is causing an increase in power outages across the United States. This claim is false. Data clearly show that there has been no increasing trend in almost any extreme weather condition. The best evidence indicates poor grid maintenance of an aging system, and the increasing imposition of intermittent sources of energy onto the grid, without regard to maintaining adequate baseload generation and infrastructure are to blame the increasing number of outages.

The article, ‘Storms batter aging power grid as climate disasters spread,’ describes results from a handful of studies focusing on damages to infrastructure due to weather coming to the faulty conclusion that climate change is to blame.

“Power outages from severe weather have doubled over the past two decades across the U.S., as a warming climate stirs more destructive storms that cripple broad segments of the nation’s aging electrical grid, according to an Associated Press analysis of government data,” The Columbian writes.

In fact, extreme weather has not been increasing alongside modest warming, as we have covered in Climate Realism many times, including here, here, and here.

Hurricanes are among the extreme weather events The Columbian claims are becoming more frequent and powerful. Data refutes this claim.  Data assembled by Ryan Maue, Ph.D., formerly the chief scientist the National Oceanic & Atmospheric Administration, shows Accumulated Cyclone Energy from hurricanes in the United States has not increased, as shown in Figure 1 below. Nor, as Figure 2 shows, has the number of hurricanes striking the United States increased.

Both datasets are discussed in greater detail in this Climate Realism article by meteorologist Anthony Watts. Confirming the U.S. data, the Intergovernmental Panel on Climate Change’s recent Sixth Assessment Report, released in July reported it could find no evidence tropical cyclone patterns, numbers or intensities had increased during the recent period of modest warming, nor could it attribute any changes in hurricane activity to human causes.

In a transparent effort to hype claims the world faces a climate crisis, a false but common refrain in the mainstream media this century, The Columbian buried the lede. Although the article repeatedly claims climate change is to blame for increasing numbers of power outages in Maine, Louisiana, and California, it mentions only in passing that the electric power grid in each of these states is out of date and poorly maintained. The Columbian writes:

In Maine: “As with much of the nation, Maine’s electrical infrastructure was built decades ago and parts are more than 50 years old, according to the American Society of Civil Engineers. “

Louisiana: “Much of the grid was built decades ago, and the majority of power transmission facilities are now at least 25 years old.”

Also in California: “Almost 200 California wildfires over the past decade were traced to downed power lines that ignited trees or brush, including a record 41 blazes in 2021.”

The Associated Press article that The Columbian uses as its source argues you can tell the weather is getting worse because the costs related to weather damage are rising. This claim is both unscientific and false. Data clearly indicates that the costs of natural disasters are increasing because of demographic changes: Population growth and the expansion of dwellings, businesses, and infrastructure into areas historically prone to natural disasters means, of necessity, the costs related to extreme weather events will be higher when inclement weather strikes

Increases in coastal homebuilding and luxury resorts along the coasts necessarily result in more, more expensive, properties being put at risk from hurricane strikes. Climate Realism has discussed this fact on multiple occasions, for example, here.

Despite the author of The Columbian story acknowledging many of the California’s blackouts were due to Pacific Gas and Electric Company intentionally shutting down power because of the possibility of their aging power lines setting fires, the paper still tried to link the outages to climate change induced wildfires.

In reality, between the aging lines and proximity to flammable brush, California has their own unique power grid problems due to state-encouraged “transition” to electric powered vehicles and the banning of gas utilities in new homes. Not only are Californians adding pressure to the grid that way, but the state also is seeking to replace reliable fossil fuel electricity generation with “green” sources like wind and solar, which are totally dependent on the very weather they claim is already causing blackouts. The absurdity of these policies is well documented at Climate Realism, in articles like these here, and here.

Meteorologist Anthony Watts writes in ‘Thanks to Climate-Driven Green Energy Mandates, California’s Electric Grid Is Near Collapse,’ that “Solar power has a thorny problem: It disappears after sunset. And California’s electric grid is highly dependent on it now thanks to the political mandate known as the Global Warming Solutions Act of 2006 (AB 32).”

AB 32 made it so that 50 percent of all California’s electricity is mandated to be powered by sources like wind and solar by 2025, ramping up every few years until it gets to 100 percent “green” energy by 2045.

Concerning California wildfires, as explored in Climate Realism, here, here, and here, for example, the modest recent increase in recent years is not outside of the historic norm for the arid region and is directly attributable to changed forestry and wildfire fighting policies at the federal and state level, more people moving into areas naturally prone to wildfires, and arson.

Had The Columbian not jumped on the climate crisis bandwagon and tried to wrongly link increasing numbers of power outages to climate change, it could have done its readers a good service. Describing the dangers of poor grid infrastructure is a worthy pursuit, and an important issue. Improving fundamental infrastructure is critical to continued economic progress and to ensuring people are better insulated from the impacts of natural disasters when they occur. Downplaying the real problem of aging infrastructure and population and policy shifts, as The Columbian did, in favor of preventing climate change, which is impossible, puts people at risk, especially those in regions that are naturally vulnerable to bad weather. If you focus on the wrong problem, one is more likely than not to develop the wrong solutions.