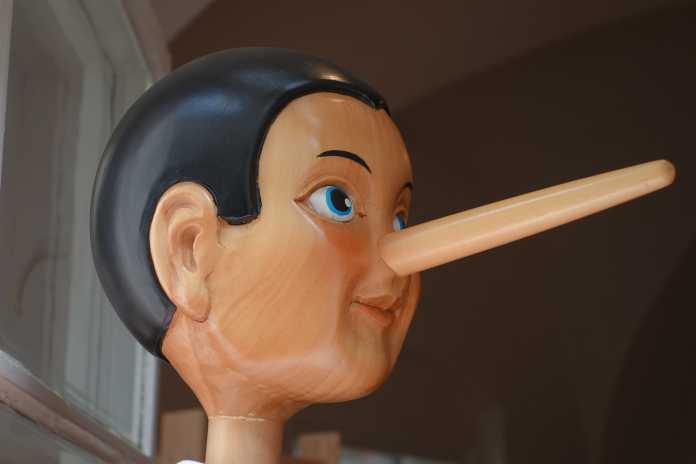 A Google News search for the term “Climate Change” brings up an article by The Conversation, in which two authors associated with the Intergovernmental Panel on Climate Change’s (IPCC) Sixth Assessment Report make a series of claims, including that climate change is decimating coral reefs, and that renewable energy sources are cheaper than traditional energy. These claims are false.

Most egregiously, the authors make the unsubstantiated claim that half of the world’s coral reefs are dead.

In the article, “Climate change will transform how we live, but these tech and policy experts see reason for optimism,” the authors wrote that, “[A]bout half the world’s coral reef ecosystems have died because of increasing heat and acidity in the oceans.” This is not only false, but also a misleading framing.

Extraordinary claims require extraordinary evidence, and there is simply no evidence that half of the world’s corals are dead. It is possible that half of the world’s corals have experienced some degree of bleaching over the past few decades, but bleaching is not the same as death and most bleached corals have recovered, with coral on the whole expanding their range. The authors provide no verifiable data or specific studies to back up their assertions. The studies that do exist refute them.

Corals are hardy and resilient, having first evolved more than 500 million years ago when the Earth’s temperature was much higher than today. They have survived and expanded through periods of higher and lower temperatures than at present. As discussed at Climate Realism, here, here, and here for example, coral have expanded their range recently and new coral reefs are discovered all the time.

Coral bleaching is a process where corals expel the symbiotic algae that colonize their surface. If another kind of algae does not return, over time the coral might die. Most corals quickly recover. Spectacular cases of corals rebounding occur constantly around the world, such as the case with Coral Castles reef, which was bleached by a 1998 El Niño event. By 2015, much of the reportedly dead coral reef was discovered to be thriving once again. This stunned the experts who devoted their careers to studying it, who at the time predicted the reef would take 100 years to recover. Afterwards the researchers stated in a press release that “Our projections were completely wrong.”

The same has happened to other reefs that suffered during the 1998 El Niño, like a dozen reefs on the Seychelles, which have since mostly recovered.

The Great Barrier reef’s demise has also been greatly exaggerated by alarmists, as shown in these Climate Realism articles here, here, and here.

Nor, as explored in Climate at a Glance: Ocean Acidification, are Earth’s oceans becoming acidic. Since ocean water remains alkaline, corals aren’t being harmed by any change in water chemistry.

The solution to the non-threat to coral reefs and other non-issues, the authors say, is transitioning to “green” energy sources.

“For example, renewable energy is now generally less expensive than fossil fuels, so a shift to clean energy can often save money,” The authors state.

This claim is demonstrably false as well, relying on a poorly organized report on Levelized Costs of Energy (LCOE) produced by the U.S. Energy Information Administration (EIA). In the report, the EIA neglects to realistically account for the low-capacity factor, or percentage of the claimed maximum electricity generation, of wind and solar power. The EIA assumes higher efficiency than the real-world data on solar and wind power generation show. Additionally, they do not account for the costs of the backup power supplies needed for when wind and solar don’t work. A thorough analysis of these issues can be found here, written by Willis Eschenbach.

On the real world costs of wind and solar, Eschenbach concludes, “At a bare minimum, it will be the capital cost of the dispatchable backup generator plus some portion of the other fixed, variable, and transmission costs … and that means that because of the costs of the needed backup generators, there is very little chance that solar and wind will ever be competitive with other methods.”

When these factors are added, so-called renewables are far from cheap compared to traditional energy sources. Indeed research consistently shows as states and countries add wind and solar power to their electrical power grid, the costs of electric power rise sharply. Simultaneously, and not coincidentally, the reliability of the power supply declines.

For individuals who make a living studying climate change, the authors of this article in The Conversation apparently know very little about the facts on the ground. They make a multitude of false claims, with those concerning the demise of coral reefs and electricity production being arguably the most egregiously ignorant and misleading. The aim of IPCC researchers should be to accurately inform the public concerning the true state of the climate. For this article, that would require the presentation of more facts and less hyperbolic claims.