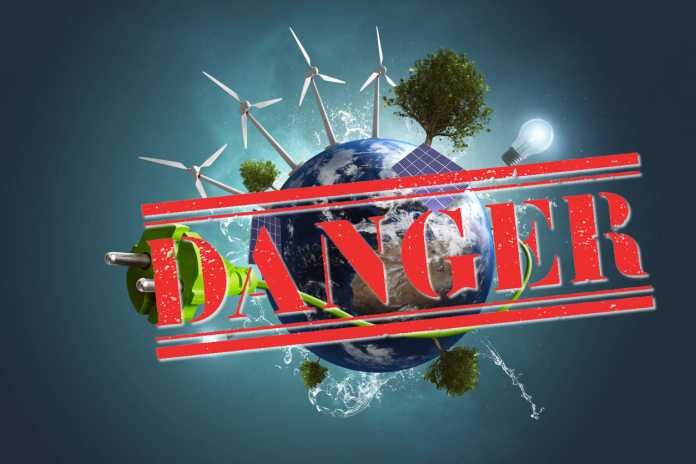 Fox Business broke a story about how several energy and environmental policy experts penned a letter of warning to congressional leaders, telling them that green energy policies damaged Europe’s ability to provide reliable electricity to citizens. The warning explains that the U.S. can’t afford to go down the same path, and should embrace energy reliability rather than prioritize climate goals. This is the right approach, if the United States wants to avoid future energy crises.

The article, “Energy experts sound alarm on Europe’s energy crisis as ‘clear and present warning’ for America,” gives a fair look at the threat posed by bad actors abroad, and how green energy policy helps put the West in a vulnerable position against those threats.

“For political reasons, Europe chose to rely on renewable energy and also oil from hostile sources — in this case being Russia,” James Taylor, the president of think tank Heartland Institute, told FOX Business in an interview. “Here we have in the United States, we’re being told by the environmental left, by the administration, that we should choose the same path, that we should be focusing on renewable energy. That’s just a terrible path.”

“In Europe, you see electricity prices that are approximately double what they are here in the United States,” he continued. “That, again, is because of the choices that they have made for renewable energy and relying on a hostile nation. We’re setting ourselves up for the same thing, which would definitely be a bad idea.”

In 2018 then-President Trump warned the United Nations that Germany’s reliance on Russian natural gas along with their increasing share of renewables would lead to problems down the road, and the German delegation laughed in his face. Today, Germany faces a severe energy crisis, so severe that they have been forced to turn back to the coal power that they had eschewed in favor of renewables years ago, just to keep industry afloat.

Germany was the biggest importer of Russian gas, which has been severely limited by the Russian invasion of Ukraine this spring. Germany’s Economy Minister and Green Party member Robert Habeck said that Germany’s fallback on coal is “bitter, but it’s simply necessary in this situation to lower gas usage.”

Today, strict energy rationing is enforced in Germany, in preparation for the winter heating demand, and private groups have even started patrolling neighborhoods to make sure that no residents are heating their pools.

Climate Realism covered the potential for worsening energy security in the United States, here, here, and here, for instance, pointing out that the U.S. has already begun to see some negative effects of an increasing reliance on intermittent sources like wind and solar. Texas and California are the preeminent examples of energy folly, suffering blackouts when renewables fail.

Energy prices climbed in the U.S. long before the Ukraine war kicked off, and energy independence was undermined, all thanks to the war on fossil fuels.

If the present course for American energy policy is not changed, there may very well be even worse consequences on the horizon, as evidenced by the increasingly severe energy crisis in Europe.