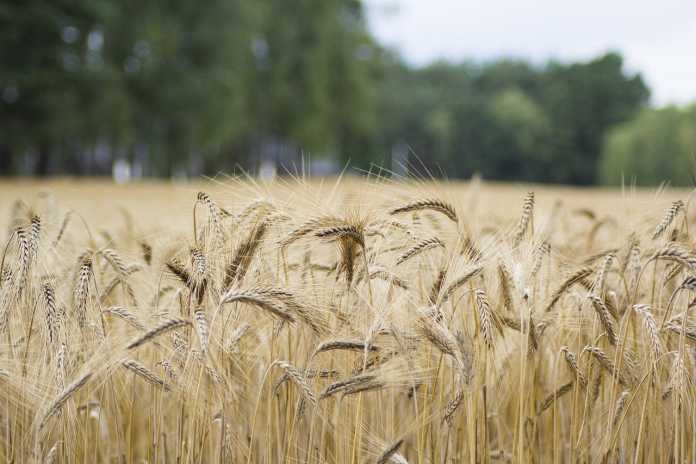 Among its top search results today for “climate change,” Google News is promoting a story published by Courthouse News Service claiming climate change has caused a dramatic decline in farm productivity. However, data from the United Nations Food and Agriculture Organization (FAO) show that crop production and yields are consistently growing and setting new records almost every year. Modestly warming temperatures and increased carbon dioxide concentrations have stimulated a greening of the earth that has enormously benefited agriculture.

The Courthouse News Service story, titled “Climate Change Putting a Damper on Global Food Production,” cites research produced using dubious computer models to speculate how much food would have been produced absent increased carbon dioxide levels and modestly warmer temperatures over the past half-century. Courthouse News Service should have looked at some actual data.

“Despite continuous technological advancements, global farming productivity has dropped an average of 21% since 1961 because of climate change,” writes Courthouse News Service, summarizing the results of the computer model simulations. “That’s like losing seven years of productivity gains in the last 60 years.”

Data from the FAO show this is false, globally and for most crops in most countries. Yields of the most important cereal crops have increased dramatically over the past few decades, repeatedly setting new records. As shown in the chart below, the FAO’s recent “Cereal Supply and Demand Brief” reports new global records are being set nearly every year for production of the cereal crops (corn, wheat, rice, and similar crop staples) that comprise most of global food consumption. 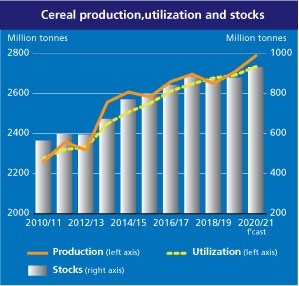 Courthouse News Service tried to downplay FAO’s data by falsely asserting, “Previous studies … are of limited value in assessing worldwide agricultural productivity as cereal crops only account for around 20% of global food production.”

Other crops have also benefited from longer growing seasons, fewer late season frost events, and the carbon dioxide fertilization effect. Data presented in The Heartland Institute report, “The Social Benefits of Fossil Fuels,” demonstrate the “increase in atmospheric [carbon dioxide] concentration … caused by the historical burning of fossil fuels has likely increased agricultural production per unit [of] land area by 70 percent for C3 cereals [which include rice, wheat, oats, cotton, and evergreen trees], 28 percent for C4 cereals [which include sorghum, maize, and various grasses], 33 percent for fruits and melons, 62 percent for legumes, 67 percent for root and tuber crops, and 51 percent for vegetables.”

Also, contrary to the claims made in the Courthouse News Service article, the increase in food production has been widespread, with crop production increasing in developed countries and developing countries alike, and in temperate and warmer regions alike.

This increase in food production has occurred even as the number of people and the amount of land devoted to growing crops has declined. Fewer people, farming less land, producing higher yields reflects increasing rather than declining productivity.

Rather than uncritically parroting one group of researchers’ flawed claims concerning falling crop yields, Courthouse News Service should have done a little independent fact checking. Had it done so, it could easily have found the truth that farm productivity has increased during the recent period of modest warming. This good news would have served its readers’ interests better than the falsehoods it published about declining farm productivity.