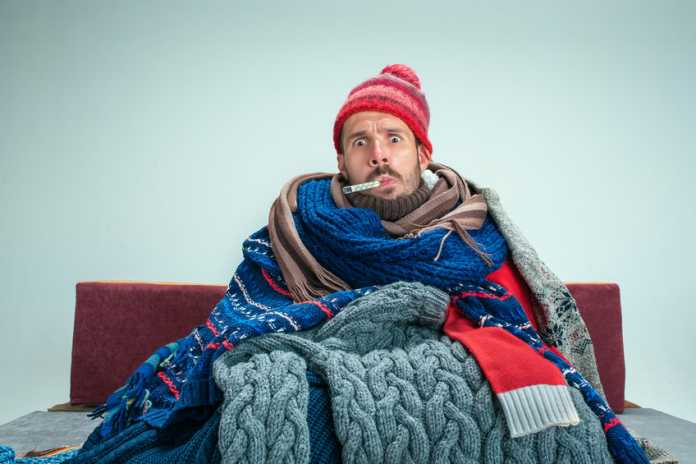 A Google news search of the phrase “climate change” turns up dozens of stories promoting a joint statement issued on behalf of more than 200 medical journals claiming climate change poses a dire threat to human health. This is false. It represents a political not a medical statement. Data consistently show human health has steadily improved during the recent period of modest climate change. Data also show, premature deaths from extreme temperatures, extreme weather events, and weather related illnesses and mosquito borne diseases have declined dramatically, and should continue to do so if earth continues its modest warming trend.

CNN, the New York Times, NPR, the Wall Street Journal, and dozens of other national and international mainstream media outlets featured stories on a statement issued by the publishers of various medical journals saying climate change posed the “Greatest threat to global public health.” A story in Yahoo News, titled “Medical journals warn climate change will cause ‘catastrophic harm to health,’” was typical of the thoughtless, unquestioning coverage of the medical journals’ statement (MJS):

“More than 200 of the world’s leading health journals banded together over the weekend to release a joint statement imploring global leaders to cut greenhouse gas emissions to mitigate climate change, which they say is the greatest threat to public health.”

“Published Saturday in the Lancet, the British Medical Journal, the New England Journal of Medicine, the Medical Journal of Australia, the Chinese Science Bulletin and the National Medical Journal of India, among other publications, the statement warns that the continued buildup of greenhouse gases in the earth’s atmosphere will lead to ‘catastrophic harm to health that will be impossible to reverse.’”

“‘Health is already being harmed by global temperature increases and the destruction of the natural world, a state of affairs health professionals have been bringing attention to for decades,’ the joint statement reads.”

This MJS statement is completely false. The most recent report from the U.N. Intergovernmental Panel on Climate Change, AR6, says there is limited evidence trends or incidences of extreme weather events, for instance, hurricanes, floods, tornados, droughts, extreme winter weather, etc., have increased in number or become more severe. (see Figure 1 below)

So, extreme weather isn’t getting worse. But global infrastructure, medical interventions, food availability, and technology, have improved dramatically along with wealth. As a result, as detailed in Climate Realism, here, deaths resulting from climate related events have fallen to a historic low, having fallen by more than 99 percent over the past 100 years.

On July 1, The Lancet published what is arguably the largest study ever to examine excess mortality associated with temperature. The study’s authors, 68 scientists representing universities and research institutes in 33 countries spanning all regions of the world, came to two very clear conclusions:

This study confirms what research previously published in The Lancet, the Southern Medical Journal, and other outlets, has consistently shown: Cold is the biggest temperature related killer, not heat, and as he earth warms the number of deaths related to extreme temperatures is falling dramatically.

Also, contrary to the impression given by the MJS, there is no evidence insect borne tropical diseases are expanding their range or sickening, or claiming the lives of greater numbers of people as the earth has warmed.

For example, a 2010 study in the peer-reviewed science journal Nature:

“compared historical and contemporary maps of the range and incidence of malaria and found endemic/stable malaria is likely to have covered 58% of the world’s land surface around 1900 but only 30% by 2007. They report, ‘even more marked has been the decrease in prevalence within this greatly reduced range, with endemicity falling by one or more classes in over two-thirds of the current range of stable transmission.’ They write, ‘widespread claims that rising mean temperatures have already led to increases in worldwide malaria morbidity and mortality are largely at odds with observed decreasing global trends in both its endemicity and geographic extent.’”

Also, in a 2008 article in the Malaria Journal, Pasteur Institute of Paris professor Paul Reiter writes:

Another climate related factor contributing to improved human health is the fact that food availability has improved dramatically during the period of global warming. This is in no small part due to improved growing conditions and including higher atmospheric carbon dioxide concentrations.

Data from the United Nations Food and Agriculture Organization (FAO) show that crop production and yields are consistently growing and setting new records almost every year. Modestly warming temperatures and increased carbon dioxide concentrations have stimulated a greening of the earth that has enormously benefited agriculture.

Yields of the most important cereal crops have increased dramatically over the past few decades, repeatedly setting new records. As shown in the Figure 2 below, the FAO’s recent “Cereal Supply and Demand Brief” reports new global records are being set nearly every year for production of the cereal crops (corn, wheat, rice, and similar crop staples) that comprise most of global food consumption.

The increase in food production has been widespread, with crop production increasing in developed countries and developing countries alike, and in temperate and warmer regions alike.

This increase in food production has occurred even as the number of people and the amount of land devoted to growing crops has declined. Fewer people, farming less land, producing higher yields reflects increasing rather than declining productivity.

As agronomy and botany explain, the addition of approximately 135 parts per million of carbon dioxide to the atmosphere by humans has helped dramatically reduce hunger, by increasing the photosynthetic productivity and improving the water use of plants. As a result, the number of hungry people has declined by two billion since 1990.

Research shows there is now 17 percent more food available per person than there was 30 years ago.

The MJS statement is nothing more nor less than climate-health malpractice.

Medical journals should not be spreading climate fear as a means of gaining political influence for medical practitioners. If they really want to promote public health, especially the mental health of their readers, medical journals should quit opining in the areas of climate science, economics, and policy—areas of study about which the vast majority of their contributors, editors, and publishers have no particular expertise.

While climate model simulations may project a human health crisis if the earth continues to warm modestly, real world data demonstrate those simulations are mistaken, grounded not in reality but in demonstrably flawed climate models.